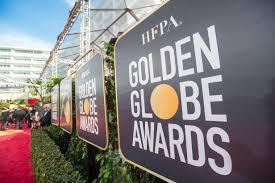 The awards, which celebrate excellence in film and television, are dished out on behalf of the Hollywood Foreign Press Association (HFPA) - who'll be hoping to set the agenda once again ahead of next month's Oscars (they usually aren't far wrong).

And despite it being #DryJanuary for some, many Tinseltown stars have traditionally been known to enjoy a drink or three on the night, making for interesting viewing.