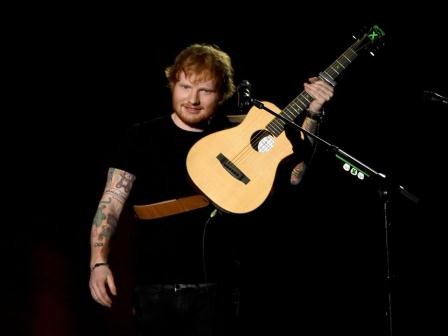 Ed Sheeran is being sued for $20 million for allegedly ripping off a song by 2010 X Factor winner Matt Cardle.

The chart-topping singer-songwriter is accused of “verbatim, note-for-note copying” for his number one ballad “Photograph”, which Cardle’s songwriters Martin Harrington and Thomas Leonard say steals from their track “Amazing”.

The lawsuit claims that “Photograph” is “too similar to both the composition written by Harrington and Leonard as well as the version recorded by Cardle”, The Hollywood Reporter informs.

“The similarities go beyond substantial, which is itself sufficient to establish copyright infringement and are in fact striking,” it continues. “The similarity of words, vocal style, vocal melody, melody and rhythm are clear indicators, among other things, that ‘Photograph’ copies ‘Amazing’.”

The choruses to both songs share “39 identical notes”, according to the plaintiffs, who allege that Sheeran has continued to perform ‘Photograph’ despite being given notice of the lawsuit. It was recently licensed for the film adaptation of Me Before You starring Emilia Clarke and Sam Claflin.

Sheeran’s representatives are yet to comment on the lawsuit.