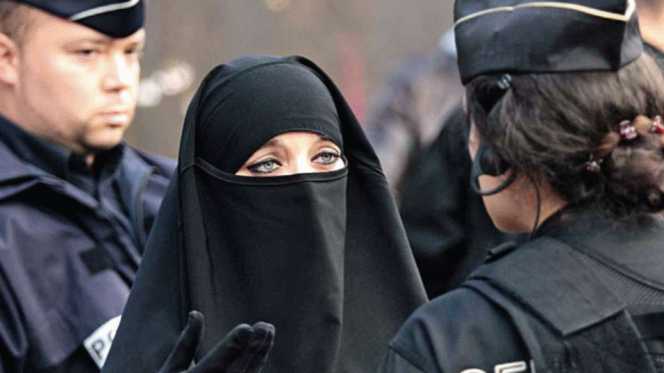 A ban on wearing full-face coverings, including the Muslim burka, in certain places, went into force on Thursday in the Netherlands, the Dutch Interior Ministry announced.

Axar.az reports citing Dutch media that covering one’s face with a cloth, a mask, or a helmet in education, healthcare, mass transportation, or government venues are now prohibited, said a ministry statement.

It said staff at such places could ask people covering their faces to show them or else leave the premises, and if they fail to comply the police could get involved and the person could face a fine.

Under Article 53 of the Dutch Criminal Code, people bothered by a woman wearing a burka in such places will have the right to verbally or physical intercede.

That law says that if people witness a person committing a crime, they have the right to physically intercede.

Local Muslims expressed concern over the possibility of people challenging burka-wearing women under Article 53 and complained that the newspaper was making Muslims a target.

Both Amnesty International and the Dutch Council of State have come out against the ban, saying that it restricts religious freedom.

The Dutch Nida party, founded by Muslims, said two weeks ago that it will cover any fines faced by women who choose to wear a burka.

Estimates say some 150 women in the Netherlands currently wear burkas.