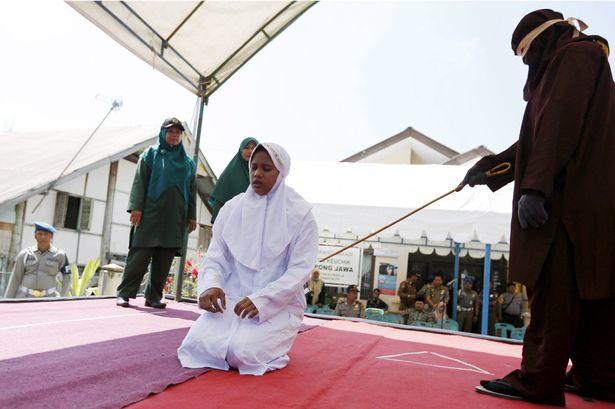 Flogging is used as punishment for a range of offenses in the region at the tip of Sumatra island, including gambling, drinking alcohol, and having gay sex or relations outside of marriage.

LHOKSEUMAWE, INDONESIA: Three people were publicly whipped 100 times each in Indonesia's deeply conservative Aceh province on Wednesday, with one woman pleading for the masked sharia officer to stop because she could not bear the pain.
Dozens of people watched as the two men and one woman were canned in a stadium in Lhokseumawe, some 274 kilometers from the provincial capital Banda Aceh.

The woman broke down several times due to the pain of the punishment, forcing the sharia officer to stop the canning until she was cleared to continue by a doctor.

A 19-year-old boy was also whipped with a rattan cane for having sex with a minor.