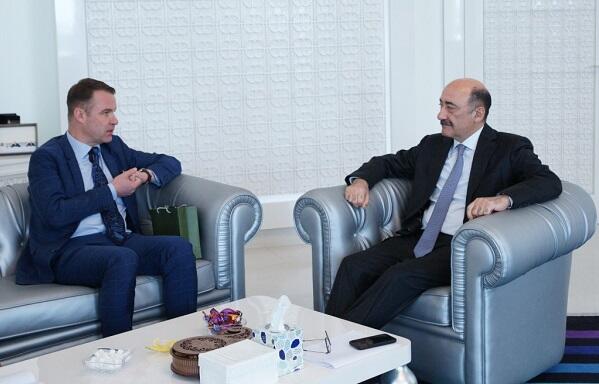 Axar.az reports that the Minister congratulated the guest on his new appointment and wished him success in his future activities.

Abulfas Garayev said there were prospects for cooperation between the two countries, recalling that important cultural events were held in the context of intercultural dialogue between the two countries in 2009 when Baku was declared the capital of Islamic culture and the European Capital of Culture in Vilnius. At the same time, he expressed satisfaction with the active participation of the Lithuanian Republic in the regular World Intercultural Dialogue and Baku International Humanitarian Forums organized in our country.