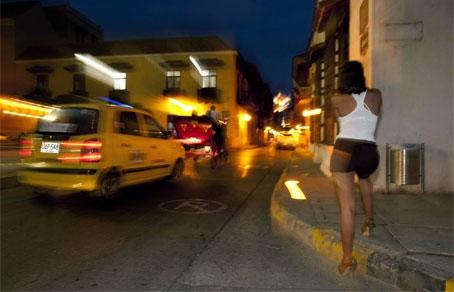 Bathed in red neon light, hundreds of prostitutes ply their trade from behind windows in the narrow canalside streets of Amsterdam - and that's how they want it to stay.

Axar.az reports citing Sunday Times that the Dutch capital's first female mayor has vowed to clean up the notorious red light district and possibly even close some of the famed window booths, but sex workers say they won't move.

"I have one thing to say to all these people who call us vulnerable, and that is that they don't know us at all," said Felicia Anna, chairwoman of Red Light United, a newly-formed union for window-frame sex workers.

"All it shows to me and to all my colleagues here is that these people who talk about us this way, really don't know us," the 33-year-old, who declined to give her real name, told AFP.

The area is one of the biggest tourist draws in a city that attracted around 18 million visitors last year.

But rising crime and the sheer number of visitors have contributed to huge problems in the area, once called a "square kilometre of misery" by police.

Mayor Femke Halsema listed "disruptive behaviour and a disrespectful attitude to the sex workers in the windows" as key problems, along with a "major increase in unlicensed, underground prostitution."