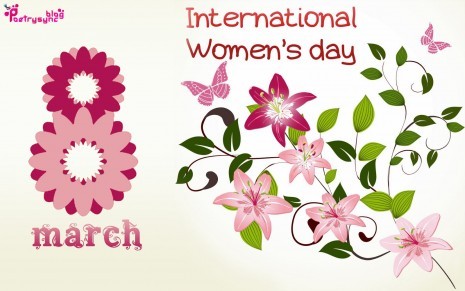 It was history of the women's movement has started in 1857 with protest of New York women against 12-hour working day. In 1910, German socialist Klara Zetkin achieved to celebrate March 8 as International Women's Day. The UN has made it official as a day of women in 1977.

As every year, Azerbaijani President Ilham Aliyev has congratulated the country's women on the occasion of March 8 - International Women's Day in 2016.

In accordance with the Article 105 of Labor Code of the Republic of Azerbaijan, March 8 is a non-working day.

To the beginning of January of this year, 50,2% or 4 million 870,0 thousand of Azerbaijani population are women.

8 March is an International Women’s Day. In the post-Soviet countries, including Azerbaijan, 8 March is a red-letter day and public holiday In the West, this holiday has not such wide popularity but is also celebrated as International Day of struggle for women’s rights and international world, and dedicated to women’s achievements in political, economic and social spheres of life (UN Resolution).

The holiday history starts from the end of the XIX century when women began fighting actively for their rights. On 8 March 1857 a manifest for the rights of female-workers, involved in garment and footwear factories was passed. It claimed for better working conditions and decent payment equal to that of men. This manifest resulted in improvement of women’s working conditions and establishment of the first women’s trade union. It served as a signal for one of the key moments in the emancipation history to start – granting voting power to women.