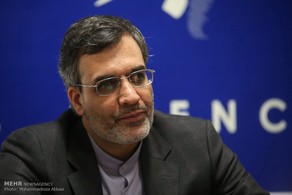 Iran Foreign Ministry spokesperson has said 5 Iranians convicts in prisons of Republic of Azerbaijan have been swapped for 4 Azeri prisoners in Iran’s prisons.

Hossein Jaberi Ansari told reporters today that the swap had been inspired by the Iranian New Year festivity which is also celebrated in Azerbaijan in March 20-21. “It is also part of a bilateral judiciary cooperation; however, the good offices of Iran’s embassy in Baku and Foreign Ministry have made it possible to swap these five prisoners with 4 Azeri prisoners,” he added.

“They will serve the remaining years behind the bars in domestic prisons,” Jaberi Ansari asserted.