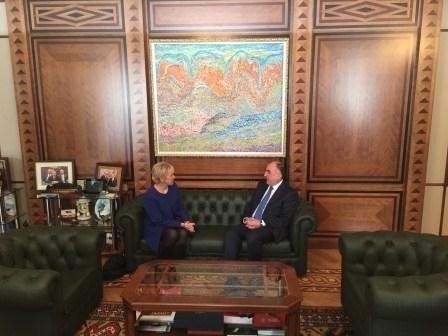 At the meeting the sides discussed prospects of bilateral cooperation, regional and international issues, as well as the Nagorno-Karabakh settlement.

At the meeting, E.Mammadyarov noted the high level of Azerbaijani-Swedish relations and expressed confidence that these relations would continue to develop.

E. Mammadyarov informed Swedish colleagues about the latest situation around Nagorno-Karabakh. At the same time, the Azerbaijani minister said that meeting with the OSCE Minsk Group is not expected in the near future.