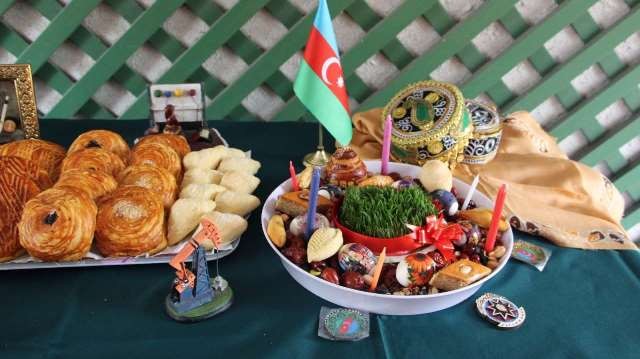 Nowruz holiday event was held at the Azerbaijani Embassy in the United Mexican States.

According to the information of embassy, the Azerbaijani community living in Mexico - known scientists and cultural figures, the Mexican Foreign Ministry, the Mexican Senate, as well as representatives of diplomatic missions accredited in Mexico participated in the event.

Speaking at the opening ceremony of the holiday event the Charge d'Affaires Mrs. Mehriban Samadova informed about the long history of Nowruz, noting Azerbaijan has traditions of Nowruz holiday, she emphasized that the Nowruz celebration is the rich cultural and historical heritage of the peoples of the world.

The reception has been organized consisting of Azerbaijani national cuisine, folk music by the embassy and then holiday fire was flamed.

In the embassy various books, magazines, souvenirs and holiday gifts reflecting traditions of Nowruz holiday were exhibited and presented to the participants.