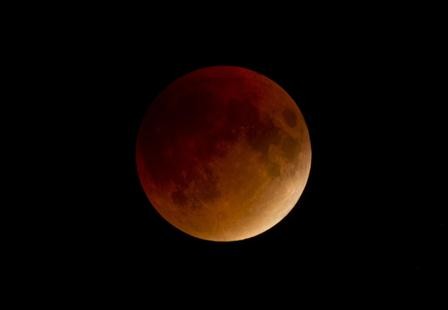 The first lunar eclipse of 2016 occurred on March 23, deputy director on scientific research of Shamakhi Astrophysical Observatory of the Azerbaijan National Academy of Sciences (ANAS), Khidir Mikayilov told about it.

According to him, the eclipse began at 13:42, reached its maximum at 15:48, ended at 17:54: “As the lunar eclipse was of the penumbral variety, it wasn't visible as much to the naked eye. The eclipse was observed in the Pacific Ocean, Asia, Australia, Mexico, South America and Antarctica.”


Mikayilov said that the next lunar eclipse will occur on September 16. “It will begin at 21:57, reach its maximum at 23:55 and end at 01:54. This will also be penumbral eclipse. It will be partially visible in Azerbaijan”, he added.
Comments
See also
Latest