This is what the ideal woman looked like in the 1930s 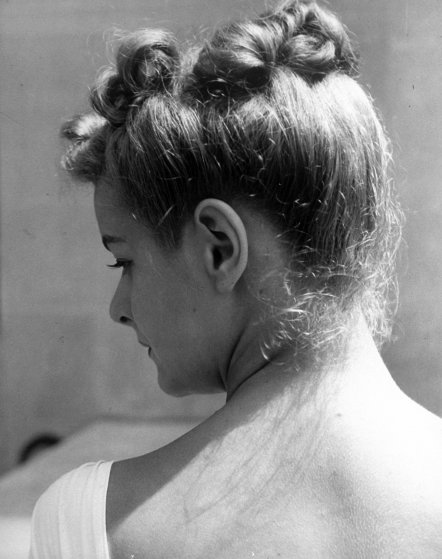 The "ideal" body type has long been a topic of fascination. Whether we're focusing on how those standards of beauty have changed over time, how clothing sizes have evolved or what dress size Marilyn Monroe really wore, it's clear that the subject is less superficial than it may seem.

Twenty years before Monroe stood over a subway grate in a billowing white halter dress, LIFE Magazine described the ideal figure American women hoped to attain. The year was 1938, and the model, 20-year-old June Cox, stood 5 ft. 6 3/4 in. and weighed 124 lbs., though life insurance statistics, the magazine said, suggested she should weigh 135 lbs.

The magazine explained that American women’s increasing involvement in sports in recent years had made them taller and flatter, and as such, “the boyish form became the vogue.” But by the late ’30s, romantic-influenced clothing had returned to fashion, and a “soft feminine figure” was replacing the athletic form as the look du jour:

The perfect 1938 figure must have curves but it differs from the perfect figure of past decades in relationship of curves to straight lines. In the 1890’s women had full bosoms, round hips. In actual measurements they were probably no rounder than Miss Cox but they seemed so because they were shorter, tightened their waists into an hour-glass effect … Now, though, the ideal figure must have a round, high bosom, a slim but not wasp-like waist, and gently rounded hips.

When it comes to issues of body image today, many blame the airbrushing of already-thin models for generating an unhealthy self-image among many women. True as this may be, women were receiving messages about how they should look long before the first love handles were magically eliminated in Photoshop.