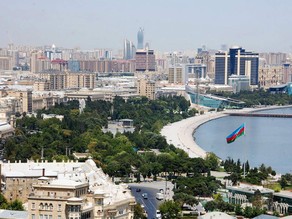 According to the information to early 2015, territory of Baku city is 2,14 thousand km2, number of population 2204,2 thousand persons.

Territory of the capital was 2,13 thousand square kilometers in 2010.

Nasimi district is the first among the mostly populated districts of Baku.

The largest district is Khazar, the smallest Nasimi.

The second mostly populated district is Yasamal, third is Nizami.

At present, territory of Yasamal district is 0,02 thousand square kilometers, population 243,6 thousand people, number of population per km2 is 12180.

Territory of Nizami district is 0,02 square kilometers. Number of population is 193,8 thousand people, residential density is equal to 9696.