“Azerbaijan is committed to the negotiation process” 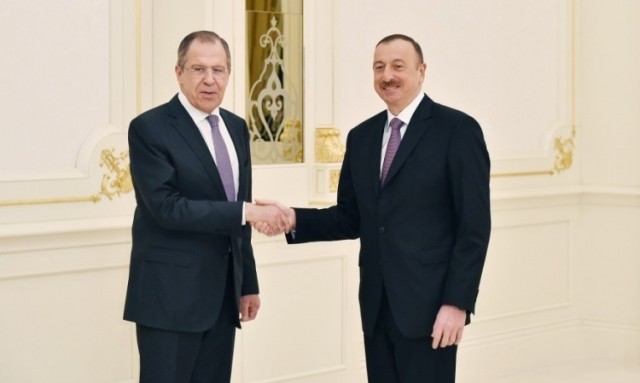 “A tense situation combined with the loss of human life was emerged in recent days in the zone of contact of the troops. Of course, this is a matter of concern in the world, in the region, and the public,” said the President of Azerbaijan Ilham Aliyev in a meeting with Russian Foreign Minister Sergei Lavrov visiting Baku.

The Head of State noted that Russia in this case once again took the initiative, and with the mediation of the Russian side a cease-fire has been agreed: “We believe that this is the only way to prevent an escalation in the region. The ceasefire was observed, unfortunately, today the Armenian side violated it in the evening.”

President Aliyev noted that Azerbaijan is set to continue the negotiation process: “Today I received the OSCE Minsk Group, Ambassadors of the OSCE Minsk Group. They also said, and I want to say now to the press that Azerbaijan is committed to the negotiation process. We want to settle this conflict peacefully, on the basis of norms and principles of international law, and I think that all these years - more than 20 years that have passed since the ceasefire, suggest that we set on a political settlement.”

The Head of State speaking about a meeting of foreign ministers of Russia, Iran and Azerbaijan noted that he is very pleased the first such meeting would take place in Azerbaijan: “I think this is the beginning of a very serious process of regional cooperation between our countries. Azerbaijan is the only country in the world that have borders both with Russia and Iran. This is the history of geography and mutual relations of the peoples of the three countries. The current cooperation among the countries, of course, dictates the necessity of deepening cooperation in a multilateral format.”

President Aliyev stressed that the visit of Russian Foreign Minister is a good opportunity to discuss bilateral issues: “We are very pleased with the progress of relations, high-level relationship, the strategic partnership, which cover almost all spheres between two countries. Russia and Azerbaijan are two friends, two neighbors. We value this relationship and try to strengthen and develop them. This is about bilateral political activity, cooperation in humanitarian, economy, energy fields and, of course, about the issue of settlement of the Armenian-Azerbaijani Nagorno-Karabakh conflict.”