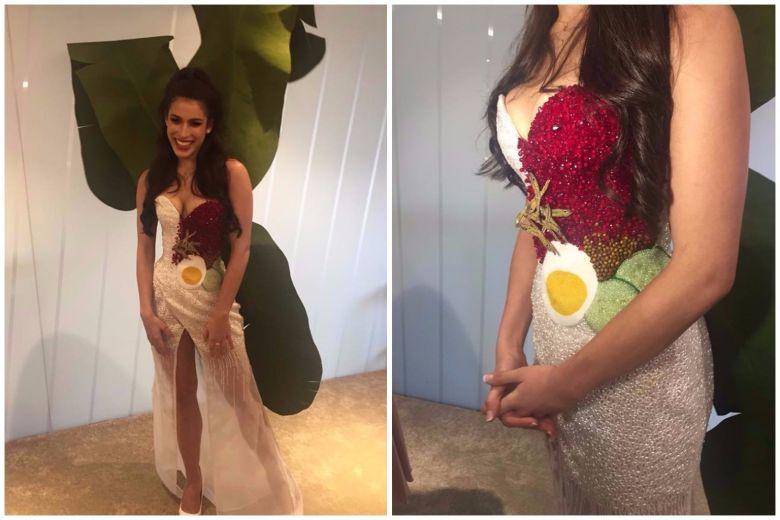 Malaysia has cooked up an unusual outfit for its Miss Universe representative this year - a dress depicting its national dish, nasi lemak.

Axar.az reports that local pageant organisers on Tuesday unveiled the gown which Samantha Katie James will wear during the national dress section of the Miss Universe finals, which will be held later this month in Las Vegas.

The dress, which has delighted and confounded Malaysians, may be a quirky choice, but it's the latest iteration of what appears to be a nasi lemak metamorphosis craze sweeping the region.

With great caution, apparently. On Tuesday, Ms James gingerly inched through a door to the press conference in Kuala Lumpur, to avoid crushing the towering green wings (banana leaves) attached to her gown.
Local designer Brian Khoo had also sewn embellishments on her dress - made of ivory silk to represent coconut rice - depicting the other ingredients, as well as a splash of red crystals for the sambal.

Organisers introduced the outfit, which took more than 400 hours to make, as a "feast for the eyes and the senses, mmm!"

The national dress section of the Miss Universe pageant is known for its wacky outfits, but Malaysians watching the unveiling live on Facebook were nevertheless taken aback.