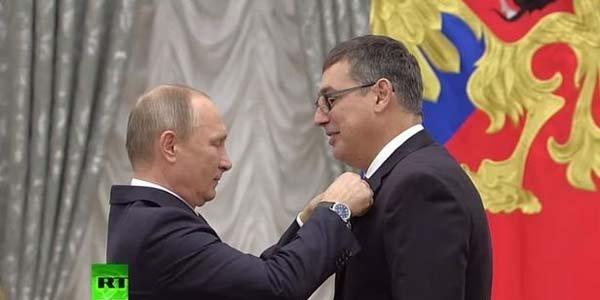 Axar.az reports citing the press service of the Kremlin, the head coach of the Russian national fencing team, the Azerbaijani Ilgar Mamedov was awarded the Order of Honor.

The President of Russia noted that Ilgar Mammadov had a birthday today and congratulated him heartily, which caused applause.