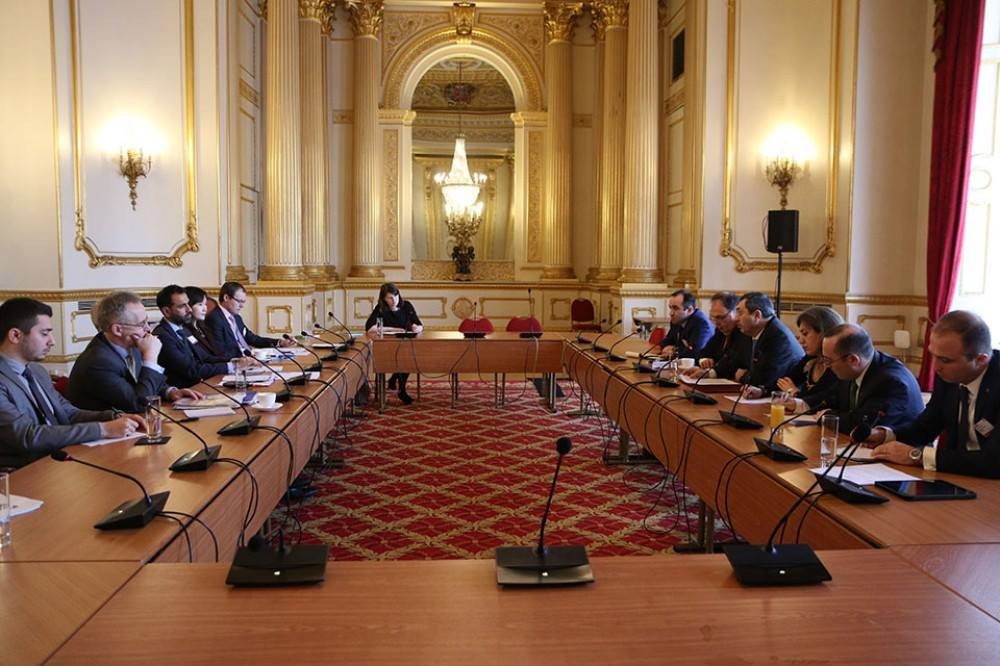 The political consultations between the Ministries of Foreign Affairs of Azerbaijan and the United Kingdom have been held in London.

The parties applauded level of political dialogue between Azerbaijan and Great Britain.

The Deputy FM stressed the importance of arranging the high-level political contacts in terms of deepening the bilateral cooperation.

Mr. Khalafov highlighted the current level of cooperation in humanitarian and cultural fields. The Deputy Minister also provided an insight into the causes and consequences of Armenia-Azerbaijan, Nagorno-Karabakh conflict.

David Lidington spoke about to the strategic partnership between Azerbaijan and the United Kingdom said that his country attaches great importance to cooperation with Azerbaijan and stressed the existence of wide potential in terms of further expansion of dynamically developing bilateral cooperation.

He said the United Kingdom would continue to strongly support the territorial integrity of Azerbaijan, including the Nagorno-Karabakh region and emphasized the absence of any contact with the self-proclaimed regime.

The Minister of State also applauded the contribution of Azerbaijan in fighting against the international terrorism.