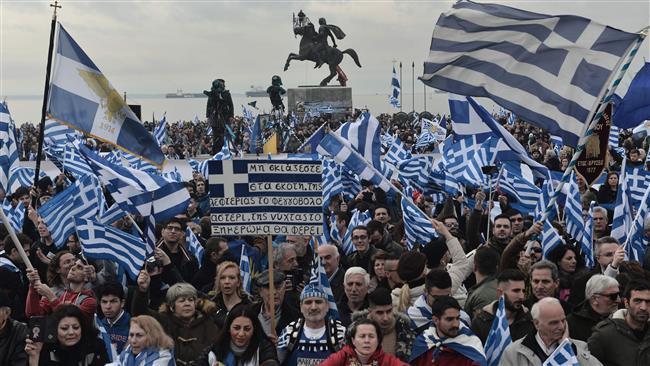 People in the Greek-majority Republic of Cyprus are heading to the polls to cast their ballots in a presidential election runoff, which pits the incumbent conservative, Nicos Anastasiades, against left-leaning independent candidate Stavros Malas.

In the first round of the voting, which was held on January 28, the incumbent president outperformed his other rivals and garnered 35.51 percent of the votes — not enough though for an outright win. Malas bagged 30.24 percent of the votes, and Nicholas Papadopoulos, the son of a former president, trailed in third place with nearly 25.74.

The two candidates with the highest number of votes, Anastasiades and Malas, qualified for the runoff. They both have vowed to reach out to Turkish Cypriot leader Mustafa Akinci to examine the prospects for the resumption of negotiations on the unification of the divided Greek and Turkish sections of the Mediterranean island.
Last July, two years of UN-brokered talks between Anastasiades and the Turkish Cypriot leader aimed at ending the island’s nearly 44-year division collapsed as the sides failed to narrow their differences over key issues, including the future of tens of thousands of Turkish troops in the north.

Insisting on the resumption of negotiations with Akinci, Anastasiades said he is “determined to continue talks on domestic aspects of the issue in the immediate future.”

Other challenges facing the Mediterranean island are a fragile economy still reeling from a 2013 financial crisis and an 11-percent rate of unemployment.

“If the people honor us with their vote, we will persevere with efforts to attract new investments with new incentives and tax breaks,” Anastasiades said in his latest interview with the Greek daily Kathimerini. “Cyprus has made leaps and will continue to do so if we prevent dangerous experiments and backpedaling.”

The final results of the ongoing presidential runoff and the inauguration of the next president are expected Sunday evening.