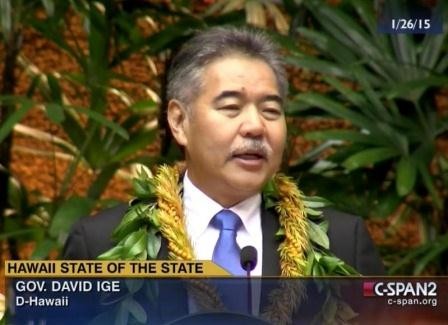 The Governor of the U.S. State of Hawaii David Ige has signed a Special Message condemning the Khojaly Massacre, which was committed by Armenia’s armed forces against the Azerbaijani civilians in 1992.

The special message, which has been received by the Consulate General of Azerbaijan in Los Angeles, states: “On behalf of the people of Hawaii, I wish to express my deepest sympathies for the pain, suffering and loss of life that transpired 24 years ago. As you gather to commemorate the tragedy that occurred in Khojaly, it is important to remember those who have suffered from senseless violence.” “The Khojaly massacre took place on February 25 – 26, 1992, resulting in the deaths of more than 600 civilians. We honor the lives that were lost in this tragedy as we strive to ensure that similar acts of violence never happen again,” the Governor notes.

“I commend those who have dedicated their time and efforts in organizing this event. May we never again see such a tragic event occur in the pages of history,” the document says.

“As you gather to commemorate the tragedy that occurred in Khojaly, it is important to remember those who have suffered from senseless violence,” Governor Ige concludes.