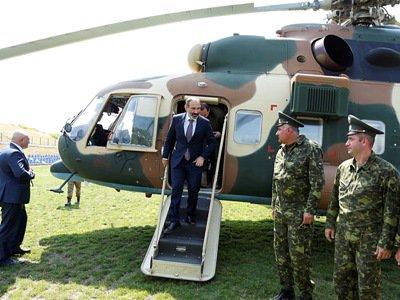 The Prime Minister of Armenia, Nikol Pashinyan, on Saturday arrived in Nagorno-Karabakh on a working visit.

Pashinyan, together with the head of so-called regime Bako Sahakyan as well as members of the governments visited and attended a Divine Liturgy at the newly built church of Chartar village in Martuni Region.

The consecration ceremony of this house of Christian worship was held in the morning.

The construction of this church had begun in 2014, and it was built with the means provided by a Russian Armenian philanthropist.