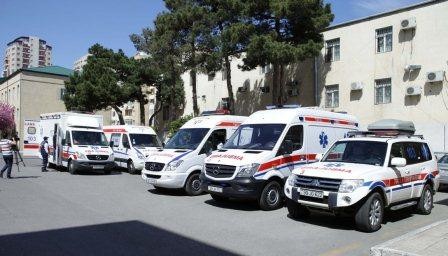 As many as 100 modern ambulances have been bought for providing urgent medical aid at the highest level during UEFA European Under-17 Championship and Formula 1 Grand Prix of Europe to be held in Baku in 2016, Rauf Naghiyev, chief doctor of the Baku City Emergency and Urgent Medical Aid Station, told reporters on Thursday.

Naghiyev said that the station’s medical staff will undergo preparatory trainings for providing medical aid to athletes, foreign guests and spectators during the upcoming international events in Baku.

“If needed, additional teams of doctors may be involved. Up to 200 selected doctors of the Baku-2015 European Games station units will join the trainings. The same staff will again participate in the trainings for this year’s international competitions too,” he added.