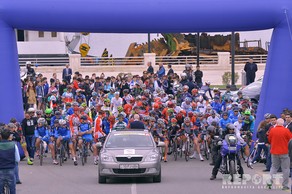 The tour consists of 5 stages. The cycling tour has been dedicated to the 93rd anniversary of national leader Heydar Aliyev. The event is organized by Azerbaijan Cycling Federation supported by the Ministry Youth and Sports, National Olympic Committee and International Cycling Union (UCI).

The UCI 2.1 five-day Tour d’Azerbaidjan stage race held from May 4 to 8 will involve 21 teams from 19 countries. Tour d’Azerbaidjan 2016 will be the fifth edition of the event, which started in 2012 as the Heydar Aliyev Anniversary Tour (U23) and in 2012 - the tour became an annual event, later being transformed into Tour d'Azerbaidjan.

The international tour will again take the peloton on a trip across Azerbaijan – from the Caspian shores to the Caucasus Mountains. The race will be held across Baku, Sumgayit, Absheron, Ismayilli, Gabala, Mingachevir and Sheki.