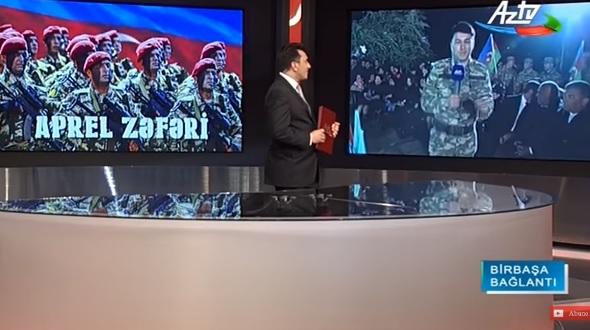 The third anniversary of the April Victory of 2016, which became a glorious page of Azerbaijani military history, was celebrated with a concert program called "April Victory" in Horadiz, Fuzuli region.

Axar.az reports that Azerbaijani TV broadcasts live concert from Horadiz. The main television has thus highlighted the importance of the April war in society. Those who spoke at the concert stressed that these battles were the start of the great victory over the enemy, demonstrating the power of the Azerbaijani Army, and increased the self-confidence and combat spirit of the staff.

It’s mentioned that the return to the Karabakh war started in the direction of Horadiz. For the first time in 1994, 22 settlements in the direction of Fuzuli were released from the occupation under the leadership of national leader Heydar Aliyev. During the April war 2016, the Azerbaijani army won another victory, which inspired confidence that other occupied lands would also be released.