"Azerbaijan relies on the norms of international law" 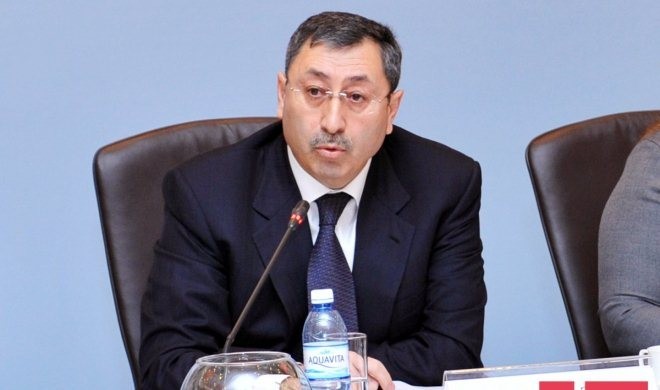 "Azerbaijan relies on the norms of international law in its political and diplomatic activities", Deputy Foreign Minister Khalaf Khalafov said on Friday.

He made the remarks during the hearings in the Azerbaijani parliament on the "Recent developments on the line of contact: Problems of the international humanitarian law.”

Khalafov said that there is no such thing as the “Armed Forces of the Nagorno-Karabakh Republic,” noting that it’s Armenia and its supporters that are trying to create this notion.

He stressed that Azerbaijan has all capabilities and rights to liberate its lands.

According to the deputy FM, the international community says there is no alternative to a peaceful resolution of this conflict.

Azerbaijan advocates a peaceful solution to the conflict, Khalafov said.

“If Armenia is not forced into peace, it will be impossible to settle the conflict peacefully,” he underlined.

“Thanks to the intensive efforts of Azerbaijan, the international community realizes it. The people of Azerbaijan do not want to live in “No war, no peace” condition. We are convinced that our economic achievements and army buildup will allow us to solve this conflict. Azerbaijan will restore its territorial integrity,” the deputy FM added.

He added that in the Criminal Code there needs to be a provision on initiating a criminal case for the fact of aggression.

“I believe the victory of Azerbaijan will come some time soon,” he stressed.