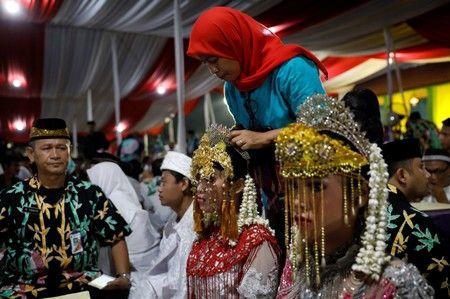 Indonesia’s parliament has revised the country’s marriage law to lift the minimum age at which women can marry by three years to 19, a move welcomed by campaigners as a step toward curbing child marriage in the world’s biggest Muslim majority country.

Axar.az reports citing Reuters that all factions in parliament agreed on the revision at a plenary session on Monday, according to a statement on its website.

Indonesia is among the 10 countries in the world with the highest number of child brides, according to campaign group Girls Not Brides.

One in four girls in Indonesia is married before they turn 18, according to a 2016 report by Indonesia’s Statistics Agency and the United Nations children’s fund UNICEF.

“The society still encourages girls to get married in their teenage years, otherwise they will be considered spinsters,” said Masruchah of the National Commission on Violence Against Women.