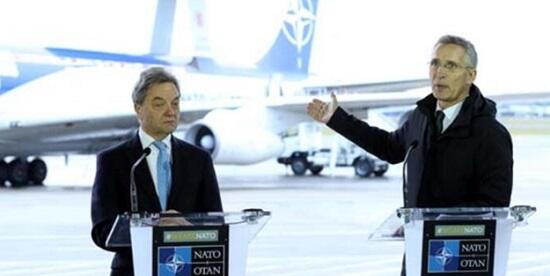 According to the agreement, Boeing has taken over the modernization of NATO aircraft. At the signing ceremony of Stoltenberg and Arthur at the Melsbroek airport in Belgium, the Avaks aircraft was also presented.