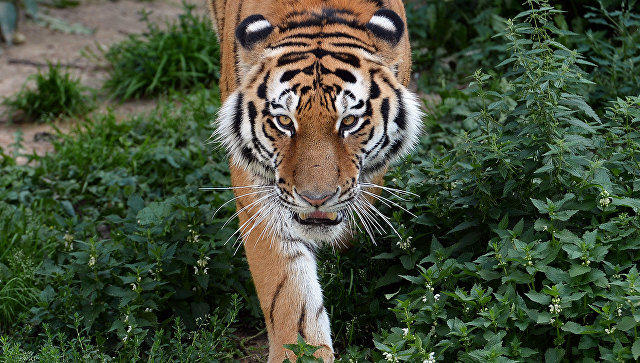 A four-year-old female Malayan tiger at the Bronx Zoo has tested positive for the coronavirus.

Axar.az reports that, the tiger, named Nadia, is believed to be the first known case of an animal infected with Covid-19 in the US.

The Bronx Zoo, in New York City, says the test result was confirmed by the National Veterinary Services Laboratory in Iowa.

Nadia, along with six other big cats, is thought to have been infected by an asymptomatic zoo keeper.

The cats started showing symptoms, including a dry cough, late last month after exposure to the employee, who has not been identified.

"This is the first time that any of us know of anywhere in the world that a person infected the animal and the animal got sick," Paul Calle, the chief veterinarian at the zoo, told Reuters news agency on Sunday.