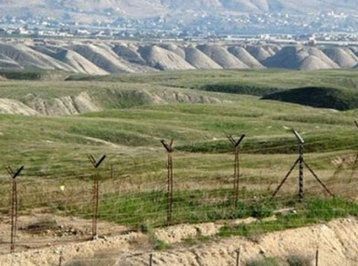 The investigation carried out by the Azerbaijani State Commission on Prisoners of War, Hostages and Missing Persons and state agencies revealed that Azerbaijani citizen reportedly crossed to Armenia on June 7, 2016 is resident of Arabaji village of Gedebey district, Alakbarova Gatiba Ibrahim (1977).


The State Commission is taking measures for the release of Alakbarova Gatiba.


Additional information will be provided.


Armenian media has released information that Zohra Vardzar qizi (1977), a resident of the Yaniqli village of Azerbaijan’s Tovuz district, crossed to Armenia, according to Armen Caprielian, head of Armenia’s working group for missing people, hostage, and captives.

According to information, the ICRC Yerevan Office has already been informed about the incident.

However, Tovuz district police as well as executive authorities have told APA’s western bureau that no one by the name Zohra Vardzar qizi has lived in Tovuz.