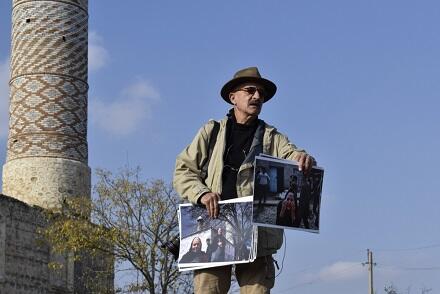 World-famous photographer Reza Deghati shared about the vandalism against the mausoleum of Azerbaijani poet Khurshudbanu Natavan in Aghdam.

Axar.az reports that the photographer said this on his Instagram page.

Deghati told the audience that Natavan was the successor of the last khan of Karabakh and spent a large part of his family's wealth on humanitarian activities, including the construction of a water pipeline that supplies water to the city and is considered a pearl of engineering.

The famous photographer first noted that he was in the territory of the mausoleum before the attack of the Armenian military units in 1992 and took pictures of it.

"After the city was liberated in November 2020, I returned and saw that the tomb where the poet was buried was destroyed, and even her bones were removed from the grave," said Reza Deghati.

The world-famous photographer did not hide that he was deeply shocked by the current situation.