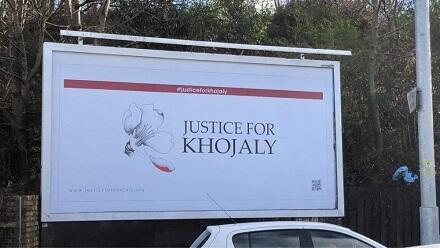 With the support of the State Committee for Work with the Diaspora and the initiative of the chairman of the British Azerbaijani Community Farida Panahova, "Justice for Khojaly!" written boards were installed.

Axar.az reports that the aim of the action in Glasgow, as in other British cities, is to draw the attention of the city community to the massacre committed by the Armenian armed forces against civilians achieve a just and fair demand in Azerbaijan 29 years ago.

The portal also shows a portal for Glasgow residents to get detailed information about the Khojaly genocide. "

Justice for Khojaly!" The required boards are expected to be demonstrated within two weeks.