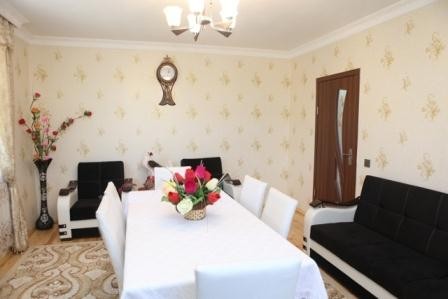 An apartment was granted to the family of officer Guliyev Ingilab, who heroically died while preventing provocation of the Armenian armed forces in April.

Head of Ganja city executive authority, Elmar Valiyev presented the key of two-room apartment to 5-years old son of the officer Huseyn Guliyev. Two sons of the officer have been living in rented apartment so far and now they will live in a new apartment in the settlement constructed for servicemen in Ganja.


Valiyev said that the apartment was provided with all equipments. He added that the street was named after the martyr.