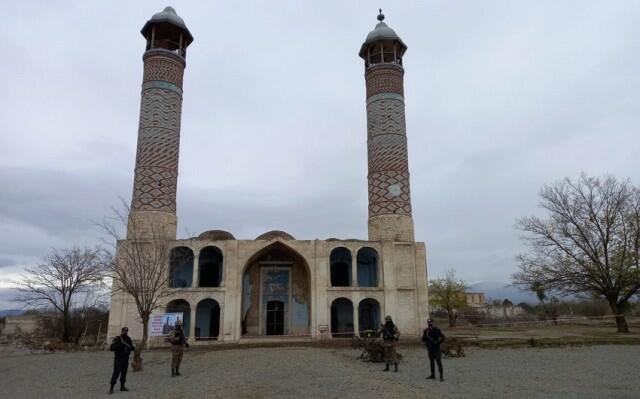 The Azerbaijani Ministry of Justice sent about 400 letters to the ministries of justice of foreign countries and authoritative international organizations in connection with the facts of aggression and war crimes of Armenians, said Azerbaijani Minister of Justice Fikrat Mammadov.

Axar.az reports that these letter did not remain unanswered, Mammadov added.

The minister said that Armenia’s war crimes were once again exposed at the 14th UN Congress on Crime Prevention and Criminal Justice, which was held in Japan in March 2021.

“The attention of the congress participants and the entire legal community was focused on Armenia’s crimes,” Mammadov said. “The international community was also called upon to bring to justice those responsible for these actions.”

"The information on a statement reflecting its position on issues arising from the agenda of the Congress in Kyoto was given on behalf of the Non-Aligned Movement,” the minister said.

“Big concern was expressed in the statement, adopted with the consent of all member-states of the Non-Aligned Movement, in accordance with the proposals of the Azerbaijani side, in connection with the use of charitable organizations to finance terrorism, acts of vandalism during the conflict [the Armenia-Azerbaijan Nagorno-Karabakh conflict], destruction or looting of cultural heritage, as well as the appeals to eliminate these cases, to return the illegally exported samples of cultural heritage to the legal owners," Mammadov said.

“Despite the attempts of provocations by the Armenian side, the accusations voiced against Azerbaijan and Turkey, the lies of the Armenians were exposed as a result of the weighty arguments of the Azerbaijani delegates,” the minister said.

"The establishment of justice and the process of organizing of judicial activity in the Azerbaijani lands liberated from the Armenian occupation are the most important tasks for us,” the minister said. “The comprehensive measures were determined and the necessary organizational work was carried out as part of the fulfillment of the instructions of the president to create the temporary special administration in the liberated territories.”

“The Nagorno-Karabakh Regional Department of Justice has been created to organize the activity in the relevant sphere and coordinate the work of the judicial system in the liberated lands, " Mammadov added.