Ali Asadov was awarded the title of Honorary Doctor 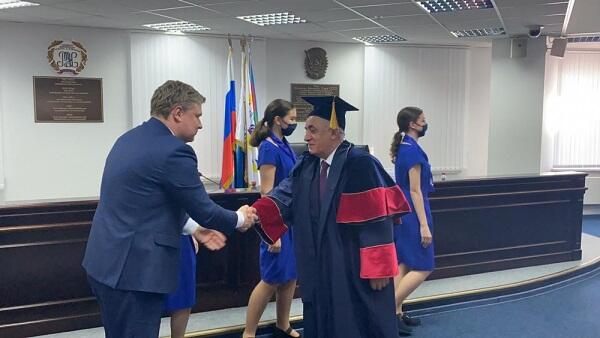 The Prime Minister of the Republic of Azerbaijan Ali Asadov visited the Russian University of Economics named after GV Plekhanov on May 20.

Axar.az reports that as part of the youth and education policy of the great leader Heydar Aliyev in the 1970s, hundreds of young Azerbaijanis studied at universities in different cities of the former USSR and returned to Azerbaijan to work in various fields.

Prime Minister Ali Asadov was one of the young people sent abroad by the Great Leader to study, and in 1974-1978 he studied at the Moscow Institute of National Economy, now known as the Russian University of Economics.

Prime Minister Ali Asadov addressed the Scientific Council and spoke about the essence and goals of the economic reforms carried out by the great leader Heydar Aliyev during independence, noting the positive results of today's well-thought-out oil strategy.

The Prime Minister spoke about the reforms carried out by President Ilham Aliyev in the direction of a market economy, the main principles and prospects of modern energy policy, the investment climate, the satisfactory social results of economic and energy policy, and Azerbaijan's high international ratings in recent years.

By the decision of the Scientific Council of the Russian University of Economics named after GV Plekhanov, Prime Minister Ali Asadov was awarded the title of Honorary Doctor, and at today's event he was presented with a doctoral gown.