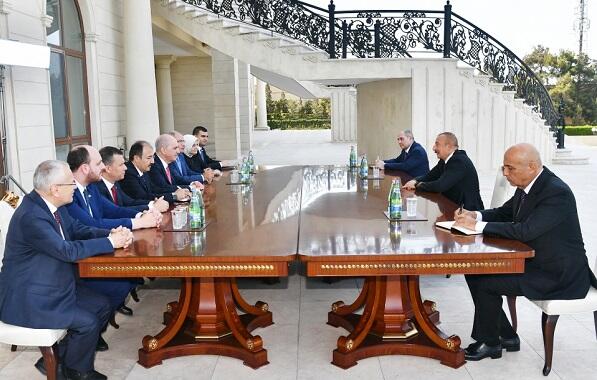 Axar.az reports that it was noted at the meeting that friendly and fraternal relations between Azerbaijan and Turkey were successfully developing in all spheres. The special role of regular contacts between the heads of state in expanding our relations was stressed.

During the conversation, the issues of cooperation between the New Azerbaijan Party and the Justice and Development Party were discussed. It was noted that relations between the parties play an important role in the development of bilateral relations. At the same time, the importance of mutual visits of representatives of various institutions of our countries was touched upon.

The sides exchanged views on the prospects of cooperation and expressed confidence in further expansion of relations between the two countries.