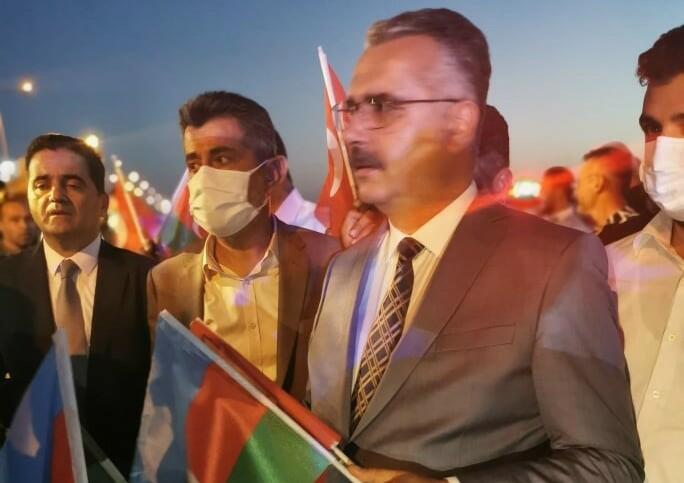 The MES team, which left Baku on July 21 to help put out fires in Turkey, is currently in Chorum.

Axar.az reports that the Azerbaijani fire brigade, which stopped in Chorum for a short time for water and food, was greeted by people waving the Azerbaijani and Turkish flags under the leadership of Corum Mayor Khalilibrahim Ashgin and AKP Chorum Governor Yusif Ahlatchi.

In a brief statement to the media, the officials said they were proud of the brotherly support and were always ready to be a martyr for Azerbaijan.

The head of the MES group said that 254 firefighters and rescuers and 54 vehicles were rushing to the fire area and were ready to cope with their work.