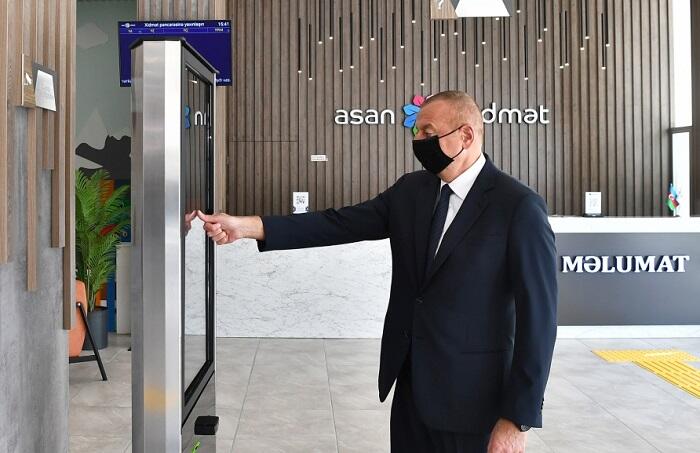 President of the Republic of Azerbaijan Ilham Aliyev has attended the opening of the Baku ASAN Service Center No. 6.

Axar.az reports that the Chairman of the State Agency for Citizen Services and Social Innovations under President Ulvi Mehdiyev briefed the President on the 6th ASAN service centre in Baku and the 21st in the country.

It should be noted that one of the important components of the state policy implemented in Azerbaijan under the leadership of President Ilham Aliyev is to address the social issues of the population, ensure their access to the services of government agencies and further increase citizen satisfaction.