Bryza: Pashinyan made a mistake by listening to them 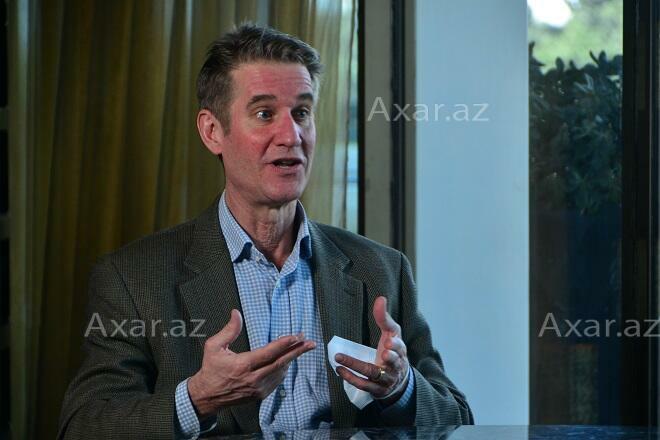 Azerbaijani soldiers demonstrated great heroism, professionalism and purposefulness during the Second Karabakh War, especially during the liberation of Shusha.

Assessing the Second Karabakh War from a technological point of view, he said that high innovative technologies, unmanned aerial vehicles made in Turkey and Israel, along with tactics and full-scale operations, had a devastating effect on the enemy.

According to him, the technological superiority of the Azerbaijani side called into question the advantages of Soviet and Russian weapons in Armenia, which were easily destroyed:

"This shows that wars are entering a new phase, stationary weapons and even tanks are losing their relevance. There are opportunities to develop electronic warfare to protect troops and equipment." Bryza reminded that the main formula that Azerbaijan and Armenia tried to develop with the help of the co-chairs when they were co-chairs of the OSCE Minsk Group was the "lands in exchange for peace" formula. According to him, this meant that if Armenia returned the occupied territories to Azerbaijan, Azerbaijan would cooperate with the world community to establish lasting peace:

"But two years ago, in the spring and August 2019, Armenian Prime Minister Nikol Pashinyan and his defense minister publicly rejected the formula and declared a 'new war for new territories.' He called on Pashinyan to pursue a tougher policy and threaten with war. I think Pashinyan took the wrong step by listening to them and believed that the Armenian Diaspora in the United States and Russia would help Armenia and ensure victory in the event of war. It was a big mistake."

The former ambassador believes that a lasting peace in the South Caucasus can be achieved after the signing of a peace agreement between Azerbaijan and Armenia:

"Now it is politically impossible for Pashinyan to take this step, because many of his political opponents do not accept the tripartite statement of November 10, 2020. There is no mention of the possible status of Karabakh, which is unacceptable for Azerbaijan. It will be impossible to sign a peace agreement if it does not agree to a tripartite statement. A lasting peace can only be achieved after a change in political mood in Armenia and Armenian politicians understand the importance of restoring transport links with Turkey and Azerbaijan. It can integrate the country into the regional economy. Until then, Armenia will not be able to take full advantage of the new opportunities opened by the end of the conflict."

Erdogan had a telephone conversation with Putin