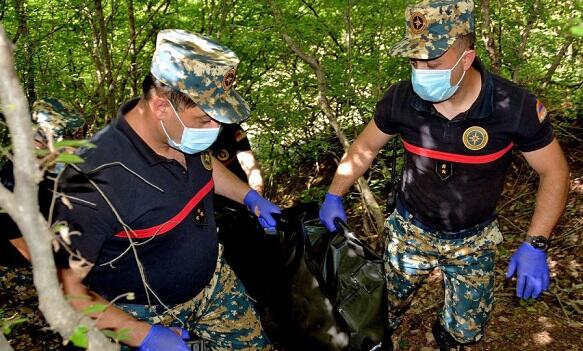 The remains of another Armenian soldier were found in Karabakh today.

Axar.az reports that the soldier's body was found in Khojavend region.

Thus, the number of bodies of Armenian soldiers found in the war-torn territories of Karabakh reached 1703.

It should be noted that the search is carried out with the consent of the Azerbaijani Army.