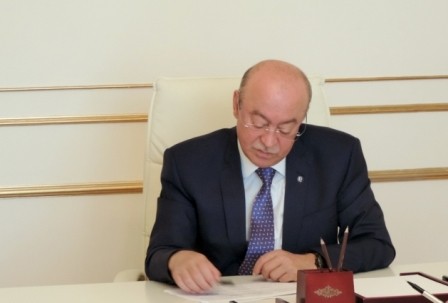 Residents of Ujar, Zardab, Kurdamir and Goychay districts as well as IDPs temporarily inhabited in these cities and districts participated in the meeting, APA reports.

Requests of 20 citizens were settled on the spot, heads of relevant structures were given instructions to take important measures in accordance with the legislation on other issues.

Some 56 citizens who appealed regarding personnel issues and 50 others were received by deputy ministers, chiefs of the ministry’s relevant agencies.