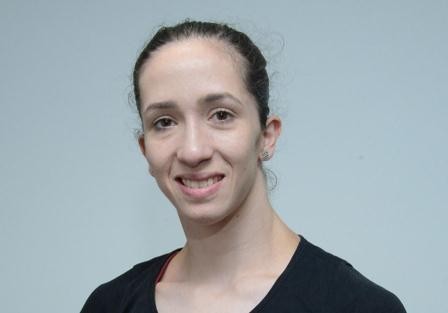 Rivkin pointed out that she likes Baku very much.

“The city is developing rapidly and this can been seen in every visit. It is a pleasure for me to visit this city,” said the Israeli gymnast.

“The competitions in Baku are always held at a very high level and I perform here with great pleasure,” she said.

Rivkin recalled that she won a bronze medal during the First European Games in Baku in 2015, therefore, she considers Baku a place of success.

The gymnast noted that the conditions created at the National Gymnastics Arena are among the best in the world.

“The main aim during the upcoming World Cup is to properly perform the whole program and be confident of readiness for the Olympic Games,” said Rivkin. “I will focus on performing the elements and will do my best to get ready in the best way.”

FIG World Cup Final in Rhythmic Gymnastics will take place in Azerbaijan’s capital Baku on July 22-24, giving a unique opportunity to see the performances of eminent gymnasts from 20 countries two weeks prior to the Rio Olympics.

Thirty-one gymnasts and 12 teams will compete for medals in the all-around on the first two days of competitions. Apparatus finals will be held on the event’s last day.

A magnificent opening ceremony, directed by the head coach of the Azerbaijani national team Mariana Vasileva, will be held on July 22, followed by the traditional Gala on July 24, as part of the FIG World Cup Final in Rhythmic Gymnastics in Baku.