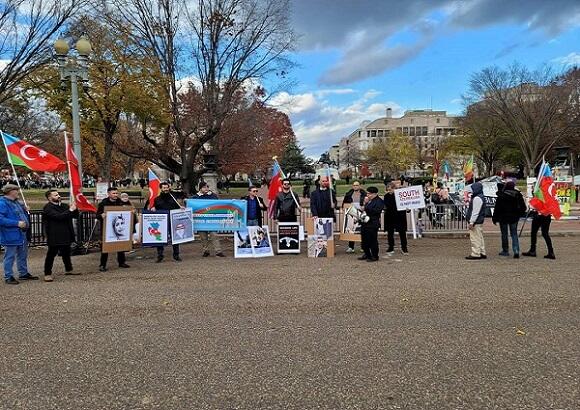 In Washington, in front of the White House, a support action was held for our compatriots in South Azerbaijan.

Axar.az reports that our compatriots from South Azerbaijan, Azerbaijan and Turkey participated in the action. The action condemned the atrocities committed against the peaceful demonstrators in Iran in recent months, demanded the release of our imprisoned compatriots and the cancellation of the death sentences issued by the Persian mullahs' regime against many participants of the peaceful action.

The participants of the action chanted slogans in both Azerbaijani and English, such as "Freedom to South Azerbaijan", "Down with dictator Khamenei's regime", "Freedom, justice, national government", "South Azerbaijan is not Iran". , at the same time posters with pictures of many arrested national activists were raised.

At the end, the English resolution of the picket was read.