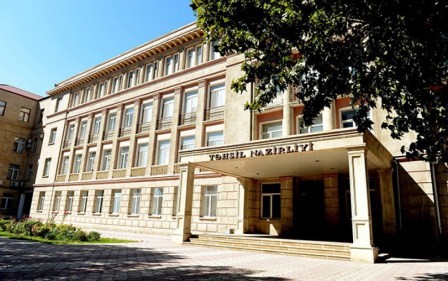 Azerbaijani delegation led by education minister Mikayil Jabbarov has visited France to complete the process of establishment of the University of France-Azerbaijan (UFAZ) created on the order signed by the Azerbaijani President Ilham Aliyev.

Within the visit, Minister Jabbarov met with the President of the Strasbourg University of France Alain Beretz to discuss the joint project aiming at development of the higher education system of Azerbaijan.

As is stated, opening of the University of France-Azerbaijan in Baku will be beneficial primarily to students, as they will be provided with a double diploma.

The project UFAZ will be implemented jointly by the Azerbaijan State Oil and Industry University (ASOIU) and the French Universities of Strasbourg and Rennes.