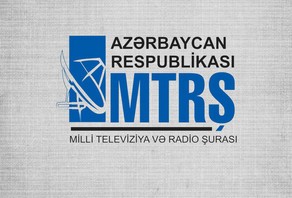 "ANS Independent Broadcasting and Media Company can file a cassation appeal to the Supreme Court within 3 days after receiving the court decision on revoking broadcasting license of the TV channel".

Nemat Javadov, Chief of Legal Department of the National Television and Radio Council (NTRC) said about it, local media reports.

According to him, "ANS Independent Broadcasting and Media Company" cannot re-apply to the NTRC for a license as it has been revoked under thecourt decision.

Notably, today Baku Court of Appeal has heard the NTRC's claim on termination of the operation of ANS Independent Broadcasting and Media Company (revoking the license) and pursuant to the court's decision, the company's license was revoked.