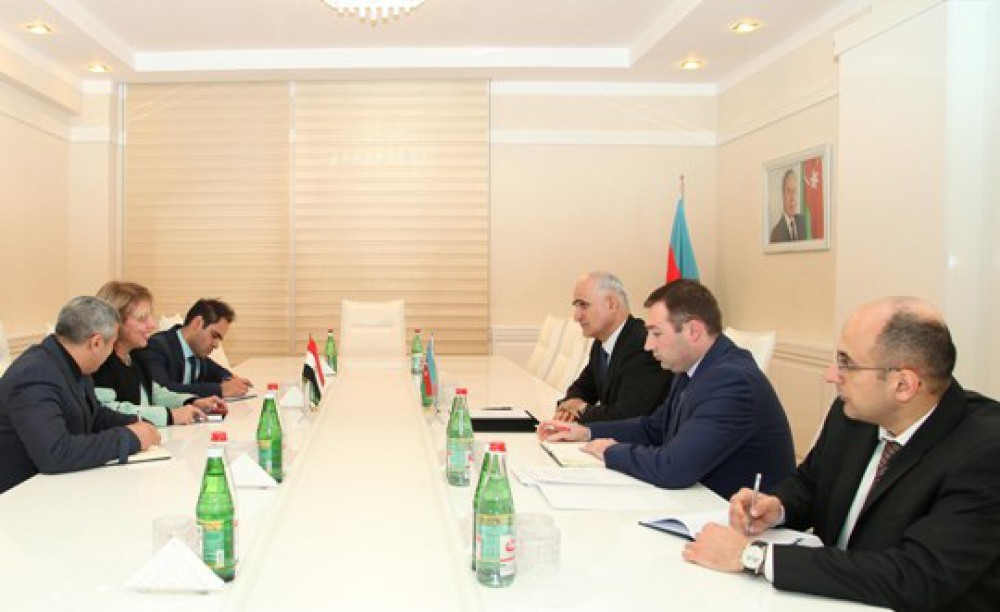 Shahin Mustafayev stressed the importance of reciprocal visits and meetings in terms of the development of relations between the two countries.

The Egyptian Ambassador hailed political relations between the two countries, saying his country was interested in expanding ties with Azerbaijan.

On potential for the expansion of trade bonds between the two countries, the Ambassador expressed that the Egyptian businessmen were keen to the pharmaceutical sector of Azerbaijan.

The Ambassador emphasized the importance of the launching the Cairo-Baku flight in terms of the development of relations between the two countries.

The sides exchanged views on the 4th meeting of the Intergovernmental Commission to be held in Egypt in 2016.