US ambassador meets with IDPs 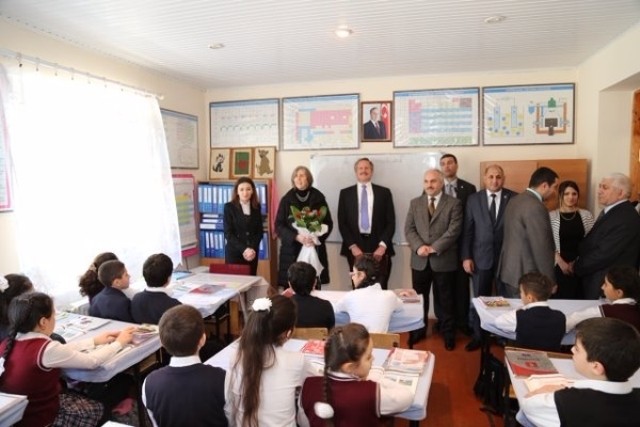 U.S. Ambassador to Azerbaijan Robert Cekuta visited a school for IDPs from Gubadli in Sumgayit.

The U.S. Embassy in Azerbaijan posted the above mentioned on its Twitter page.

The school was renovated by the U.S. European Command.

“This is one of many such projects the U.S. has funded over the years to support the people of Azerbaijan, including IDPs. Speaking with the IDPs from Gubadli, Ambassador Cekuta discussed the continued efforts to bring about a peaceful settlement”, posted on Twitter