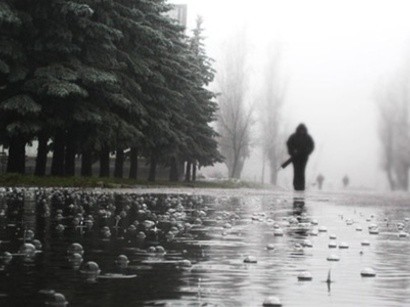 The weather will be changeable cloudy, occasionally gloomy and mainly rainless in Baku and Absheron peninsula on September 7.

It was told in the National Hydrometeorology Department of the Ministry of Ecology and Natural Resources, at night and in the morning, intermittent rain is expected in some places of the peninsula. North-west wind will become moderate in the second half of the day.

According to the medical-meteorological forecasts, north wind and temperature conditions close to normal on Absheron peninsula on September 7 will be favorable for weather-sensitive people.

However, on September 8 a little more humidity on the background of the advantage of weak wind may be unfavorable for weather-sensitive people.