Another CL game another hat-trick of Ronaldo - Video 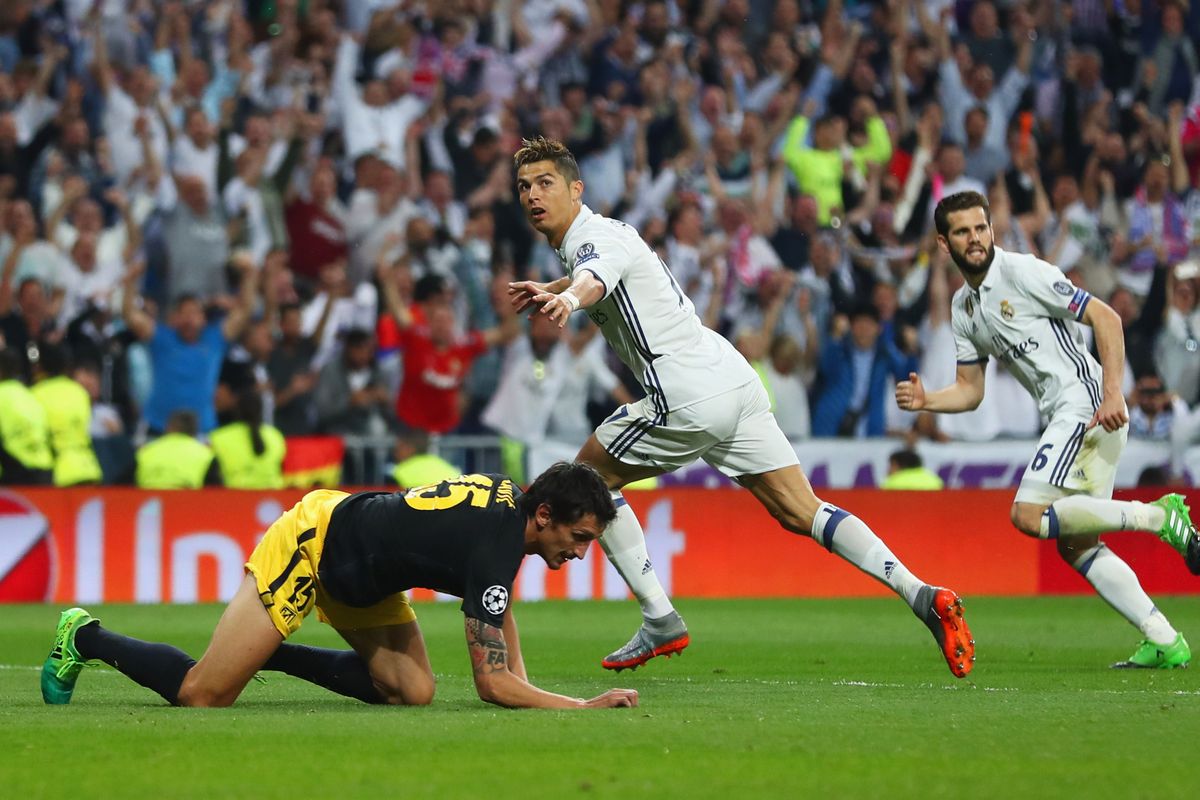 Cristiano Ronaldo scored another Champions League hat-trick as Real Madrid thrashed Atletico Madrid in the semi-final first leg to close in on a third final in four years.

Real were utterly dominant throughout against their city rivals at the Bernabeu and led after 10 minutes when Ronaldo headed home Casemiro's cross.

It looked as if the hosts might fail to fully capitalise on their superiority - until Ronaldo let the ball bounce and smashed an unstoppable shot from 16 yards past Atletico keeper Jan Oblak, who had made several saves to keep his side in the tie.

And the Portugal forward ensured all the headlines would be his with a second consecutive Champions League hat-trick, having scored five goals in the quarter-final against Bayern Munich. It was his easiest goal of the night, as he controlled Lucas Vazquez's cross in plenty of space before firing home.

Atletico only had one shot on target and will need to pull off one of the Champions League's all-time special performances to stop double-chasing Real from ending their European dreams for the fourth straight season.

Ronaldo, the top scorer in the history of the Champions League with 103 goals, loves the big occasion. And occasions do not come much bigger.

He has now scored one more goal - 52 - in the knockout stages than he has in the group stages. He has now scored eight goals in his past three games in the competition, and is up to 13 Champions League semi-final goals.

At the age of 32, Ronaldo has reinvented himself as a striker, rather than the marauding wide player we watched cutting in and shooting for most of his career.

He was not heavily involved for large periods of the game, with only 50 touches of the ball compared with 123 for midfielder Toni Kroos. And he only had five shots - scoring with all of his efforts on target, his only three touches in the Atletico box.

Ronaldo was in an offside position when Sergio Ramos' cross came in for the first goal, but the ball never reached him, instead coming out to Casemiro, who crossed for the Portuguese to head home.

His second came when Karim Benzema held off Diego Godin, and Filipe Luis' follow-up clearance bounced up to Ronaldo, who lashed home.

And he surely wrapped the tie up when he added a third in the 86th minute.