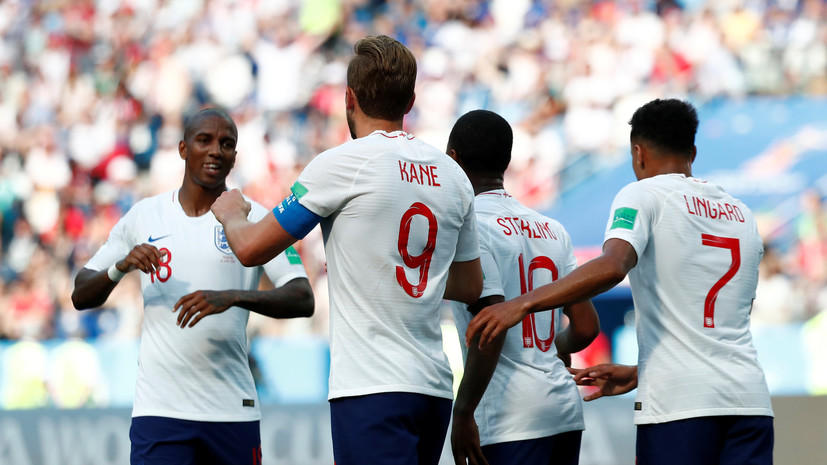 The England men’s national football team, nicknamed the Three Lions, has marched into the knockout stage of the 2018 Fédération Internationale de Football Association (FIFA) World Cup in Russia, after it recorded an emphatic win over tournament debutants Panama.

On Sunday, the Three Lions trounced the shell-shocked Central Americans 6-1 in a Group G match played at the Nizhny Novgorod Stadium in Nizhny Novgorod.

England’s 24-year-old defender Jon Stones put his side in front in the eighth minute from a corner, losing his marker to angle home a header.

Captain Harry Kane converted a penalty nearly a quarter later, after midfielder Jesse Lingard was pushed over in the box by Panama defender Fidel Escobar.

Lingard made it 3-0 in the 36th minute with a beautiful strike from just outside the area.

Later on, Stones nodded in his second and England's fourth after a cleverly worked free-kick. Kane scored another penalty just before halftime.

Kane struck a hat-trick in the 61st minute after Ruben Loftus-Cheek’s shot hit his foot, and bounced over Panama goalkeeper Jaime Penedo.

Panama pulled a goal back in the 78th minute through Felipe Baloy, who slid home a free kick that was the first goal of Los Canaleros (The Canal Men) in the World Cup.

During the official 2018 FIFA World Cup draw ceremony at Kremlin State Palace in the Russian capital city of Moscow on December 1 last year, the host nation, Saudi Arabia, Egypt and Uruguay were put in Group A in the preliminary round of the tournament.

France is drawn in Group C, and is pitted against Australia, Peru and Denmark.