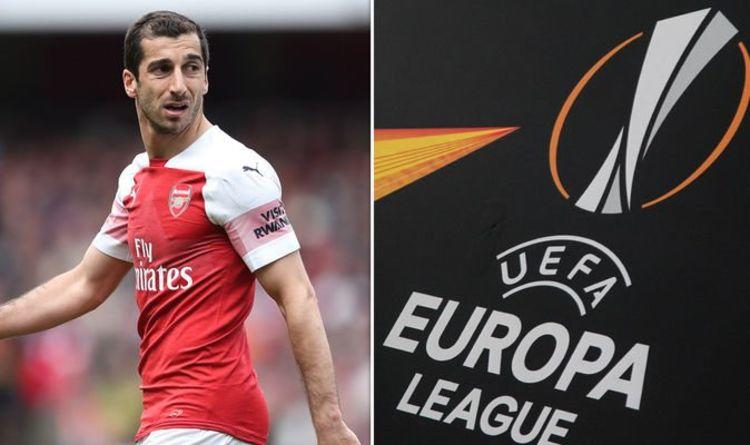 Mkhitaryan hasn’t played to the best of his abilities since he moved to the Premier League in 2016.

The former Borussia Dortmund star moved to Manchester United three years ago but was then sold to Arsenal in January 2018.
The midfielder has failed to light up the Emirates in that time as well, though.
And The Sun are reporting that Arsenal are willing to let Mkhitaryan go this summer if he fancies a move away.
The report also states that there’s a growing acceptance that the 30-year-old will never hit the heights he reached in Germany.

Mkhitaryan won’t be able to play in Arsenal’s Europa League final with Chelea because of safety concerns related to a political row between Azerbaijan, where the final is being played, and his home country Armenia.
Calls for both Arsenal and Chelsea to boycott the final have been rampant but the game is still set to go ahead in Baku.

An Arsenal statement read: ”We are very disappointed to announce that Henrikh Mkhitaryan will not be travelling with the squad for our Uefa Europa League final against Chelsea.

“We have thoroughly explored all the options for Micki to be part of the squad but after discussing this with Micki and his family we have collectively agreed he will not be in our travelling party.

“We have written to Uefa expressing our deep concerns about this situation. Micki has been a key player in our run to the final so this is a big loss for us from a team perspective.

“We’re also very sad that a player will miss out on a major European final in circumstances such as this, as it is something that comes along very rarely in a footballer’s career.

“Micki will continue to be part of our preparations until we depart for Baku at the weekend.”

Another player who could leave this summer is Mesut Ozil, but the German has no plans on doing so, despite the club’s keen position to rid the club of his massive wages.

And quizzed on whether he wanted to stay with the Gunners, his response was positive.

“I don’t know after that but I’ve got two years left.”