Maradona: ‘He who doesn’t jump is an Englishman’ 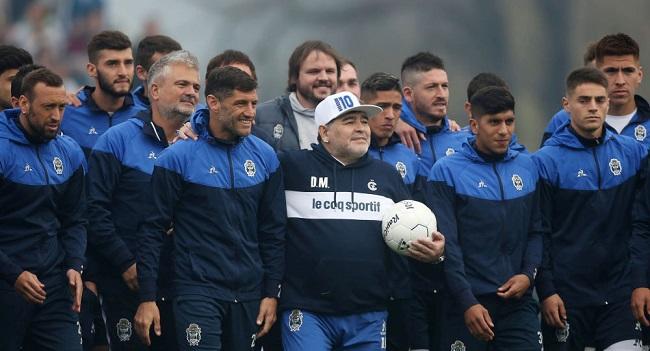 In the quarter-final between Argentina and England at the 1986 Soccer World Cup, Maradona scored one of his goals by punching the ball into the net past an English goalkeeper, in a stunt that he described as the "hand of God”.

About 25,000 jubilant Argentine fans hailed soccer legend Diego Maradona on Sunday as the 58-year-old took over at the Primeira Division's Gimnasia de La Plata club, returning to manage in Argentina for the first time in almost ten years.

“I won't miss once a single training session. Here you come to train and those who don’t train, don’t play. He who doesn't run doesn't play!” he said during a presentation ceremony at a stadium in the city of La Plata outside the capital Buenos Aires.

In an apparent nod to a previous World Cup event, he also claimed that “he who doesn’t jump is an Englishman”.

Maradona may have been referring to a quarter-final between Argentina and England at the 1986 World Cup, in which he did not think twice before handing the ball into the net past goalkeeper Peter Shilton, a stunt that the then 25-year-old dubbed “a hand of God”. It also evoked resentment dating back to the 1982 Falklands War with the UK.